Title: Midnight at the Piazza

Beatrice Archer used to live in Boston but her father got a promotion in an Academy in Rome. Beatrice tried to tell her father she didn’t want to move. When they moved to Rome she looked out the window and saw a beautiful fountain with beautiful turtles perched on it. She was immediately attached to it. Then her father came in and told her to get some rest. She climbed into bed and fell asleep. A few (or one) days later, it was Monday. She went to bed and awoke with a clang. She raced to the window and saw a man using a crow bar to steal the beautiful turtles. She scurried to her father and dragged him out of bed. When she came back, the turtles were perched atop the fountain. They seemed untouched. Later Beatrice figured out that the turtles were fake. She found the thief and the real turtles with the help of her friend Marco. I hope you want to read “Midnight at the Piazza!” 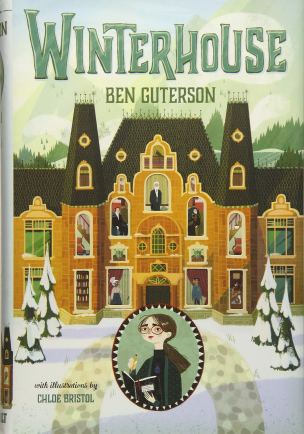 This book is about a girl named Elizabeth Somers who lives with her aunt and uncle who are very poor.She gets sent away to a hotel over Christmas. She thinks that it is going to be a shabby and gross hotel but it ends up being a grand hotel.Over the time that Elizabeth is there she makes friends,has fun,and unlocks secrets. Before she leaves she gets her happily ever after.
I liked this book because it is full of adventer and it’s a very good book.
I would recommend this book to ages 9-11(grades 3-5/6)if you like adventures and cliffhangers.