The BookBar BookWorms present the 8 favorite new books of the fall for kids and teens. See what the cool kids are reading and stop by to pick up the best new read for the season!

I have never read a YA book like this … I love how it explores the more professional aspects of fame and how it impacts mental health and relationships. 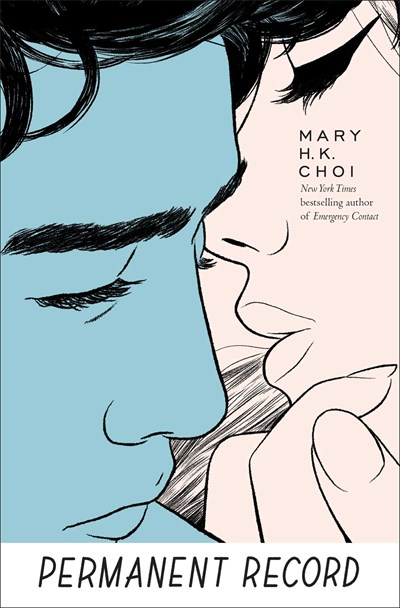 From the author of Emergency Contact comes another fantastic novel. Desperate Pablo Rind works the graveyard shift at a 24-hour bodega in his New York neighborhood. He is buried in debt- both from student loans and credit cards- and doesn’t think things will get any better. That is until he meets Leanna Smart- famous pop juggernaut- and is thrown into her life of crazed paparazzi, ravishing LA apartments, and private planes. Both Leanna and Pablo know that they can’t be together- they’re just too different. But that doesn’t stop them from trying.
I loved this book (personally a little bit more than Emergency Contact, though both were amazing). Choi wrote it as an anti-cliche, as if it had been done so many times before, but brilliantly, it wasn’t. I have never read a YA book like this: a relationship between a famous person and a “commoner.” I loved how it explored the more professional aspects of fame and how that impacted mental state and relationships. I would recommend this book for ages 13 and up.

LaLani of the Distant Sea by Erin Entrada Kelly

With poems scattered throughout, this book has depth and brings so much emotion, more than I would have expected to be contained in one story. 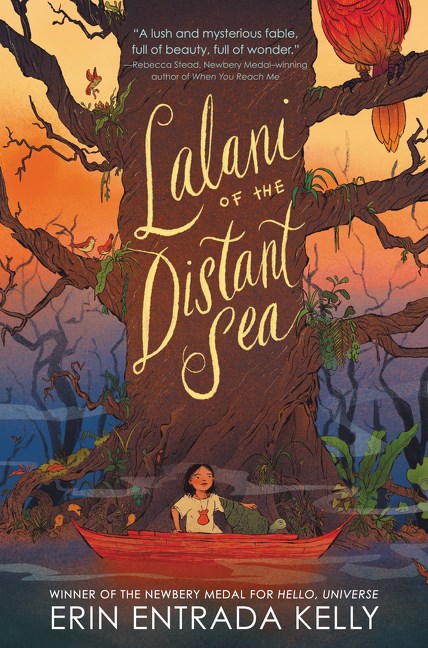 Lalani’s home is not the ideal world. Life is hard and women and girls are discarded as “less-than.” Women’s work is women’s work. Men’s work is men’s work. There’s no overlap. Your fate is sealed by gender. Of course, as in every story about places where things are really bad, there are fables about a place filled to the brim with good things, birds that sing, a flower that cures sickness, the most delicious fruit you ever had, and much more. For Lalani’s people, that place is Isa. Unfortunately, Isa is impossible to reach. Even though Lalani’s village designates a sailing day where 3 people and the finest ship are selected to try and cross the Veiled Sea separating them from Isa, the people who leave never return. Then, one day Lalani’s mother falls ill with a terminal disease whose only cure is a plant that exists on Isa and Lalani decides to do what only one girl on her island of Sanlagita has ever done before, set sail alone to Isa. I won’t spoil it, but let’s just say there’s a lot happening in her village when Lalani chooses to try and make the journey alone. She finds a small boat and sets sail, determined to fight for her mother’s life.

There is so much more to this book than a short review or summary can capture. With poems scattered throughout, this book has depth and brings so much emotion, more than I would have expected to be contained in one story. This story isn’t just about success or hope, even though those are elements of the story. It is about change and finding love instead of anger when anger is all you feel. It’s about big things and small things all at the same time. In every way it is a five star book.

The Other Better Me by Antony John

I LOVED this book because it was very heartfelt and funny. 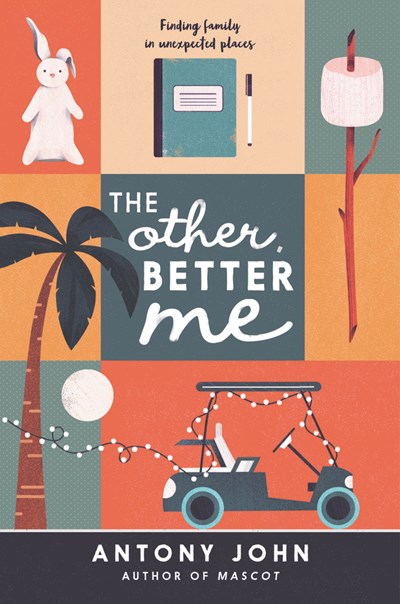 This book is about a girl named Lola Harmon who lives with her mom in a small town. When her teacher gives her class a school project about making an alternative self, Lola wants to make hers a reality. Lola’s friends help her find out about her dad.
I LOVED this book because it was very heartfelt and funny. I do wish that it was a little longer. I would recommend this book to people age 10 and up if you like books that make you think hard and that makes you laugh.

The Speed of Falling Objects by Nancy Richardson Fischer

I would recommend this book to people who are interested in adventure.

The Speed of Falling Objects follows a teenager who spends time with her dad in the Amazon Rainforest as a way to get to know him. But everything winds up going wrong and she ends up learning the truth about her dad and what kind of person he really is. I would recommend this book to people who are interested in adventure. It was exiting and fun, and it made you never want to put the book down.

Maybe he Just Likes You by Barbara Dee

I loved this book so much and would recommend it if you like books about standing up for yourself and perseverance. 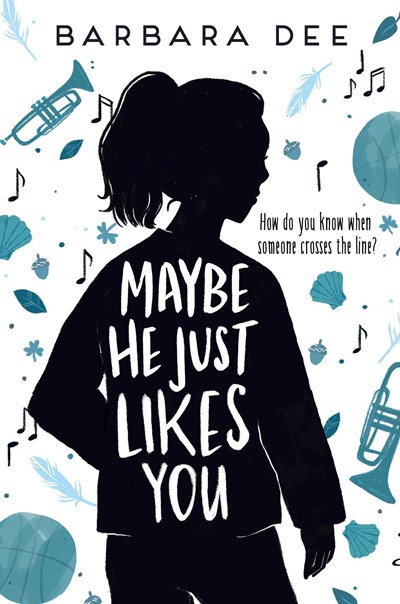 This book is about a girl named Mila who has always liked school. When a group of boys at her school start following her she starts feeling uncomfortable. when she goes to her friends for help it starts a fight. Even in band she feels uncomfortable, and that is her safe place. Things start getting out of control, Mila puts a stop to it and learns more about her peers and herself.
I loved this book so much and would recommend this book to people ages 11-15 if you like books about standing up for yourself and perseverance.

A Tale of Magic by Chris Colfer 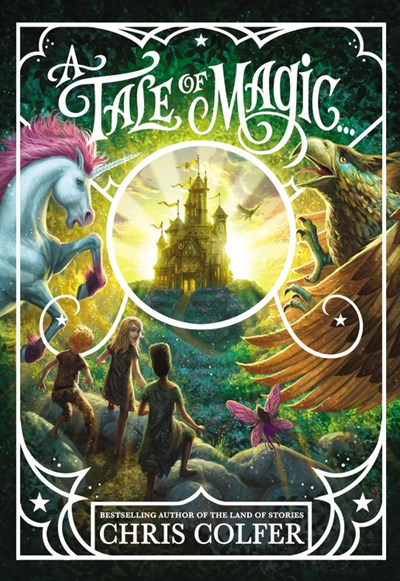 I remember when I was growing up that, besides Roald Dahl, the Land of Stories series by Chris Colfer were one of my favorite books to read. They are so fun and adventurous while creating a fantastical magical world that was a great place to disappear into for a couple of hours. Now, a good 4 years later, I still like to go back and re-read them from time to time, letting them lead me on a spectacular adventure. When I heard the series was going to end, I was very disappointed, but with the newest installment in the franchise, A Tale of Magic, I can relive the first feeling of reading this wonderful series.

A Tale of Magic follows the life of a young girl by the name of Brystal Evergreen. Brystal lives in a very discriminated society that has been manipulated and twisted by the High Justices, who serve as the lawmakers of the country. When Brystal is accused of witchcraft and using magic, which is strictly forbidden, she is sent to Bootstrap Correctional Facility for Troubled Young Women. She lives in horrible conditions, with her only solace being her friend Pip, until a strange woman arrives. The woman claims to be a Mrs. Weatherberry, and soon Brystal finds herself whisked away to an academy of magic where her magic, and that of her friends, could change the Fairytale world forever.

I personally loved this book. I think it is something that the majority of readers my age would like. High fantasy is also timeless and something that is easily accessible. The characters I find to be relatable, and the situations that some of them find themselves in aren’t that different from real life ones. For instance, why one character is beaten by his father, or how the society is very corrupt. I think it is important to shine a light on these things that are actually going on in our society and I applaud Chris Colfer for doing that.

This story is filled with twists and turns and I can assure you that anyone will love this book. I can’t wait to see if he is going to write another book and if he does, I can promise you that I will be the first one in line to get it.

This book is great for kids like me who love adventure! I had a great time reading it. It is about two friends named Kondo and Kezumi who find a bottle floating in the waves. It is a map. Kezumi the smaller of the two wants to follow it to the treasure but Kondo does not. They are such good friends that eventually they both go out on the adventure. They stop at many islands on the way and eventually come to Giant Island. The island starts to rumble and out of nowhere, there was a SNORT then a GRUMBLE then “WHO’S THERE?” Who said that? Read the book to find out.

Kids who like adventure, friendship, and giants will like this book. I recommend this book to ages 6-9 and grades 1st-3rd.

A quest for a lottery ticket turns into a “slow-burn” romance.

Instantly fell in love with Rico and Zan. I flew through the last hundred pages. A quest for a lottery ticket turns into a “slow-burn” romance. One of my favorite new releases for 2019! There are unexpected twists of fate, and I would definitely recommend Jackpot to anyone who is up for an exiting read.

The How and the Why by Cynthia Hand

To get to know a character solely through letters, and seeing those same traits reflected in the main character was a very interesting approach to character development but it paid off!! 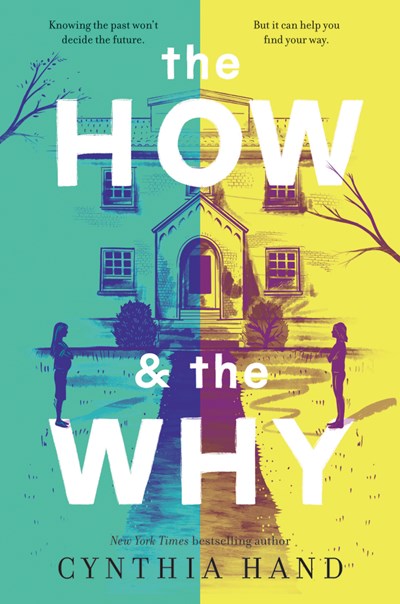 I loved The How and the Why!! It was sweet and sarcastic and I loved the story.
Cassandra McMurtrey loves her parents, loves her friends, and loves trying out for any and every play put on by her high-school. She has everything she needs, excluding one thing: where she came from. Cassie loves her adoptive parents, but more than anything she wants to know her mom. But when Cassie turns 18, she receives a series of letters… from her birth mom. As Cassie gets to know the 16 year old who gave birth to her eighteen years ago, she begins to wonder: does she want to find her birth mom? Or not?

To get to know a character solely through letters, and seeing those same traits reflected in the main character was a very interesting approach to character development but it paid off!! I definitely fell in love with both Cassie and her mom and all the other characters from Cassie’s love interest, her best friend, and her adoptive parents. I would recommend it for ages 13 and up.

BookWorms meet the second Sunday of each month 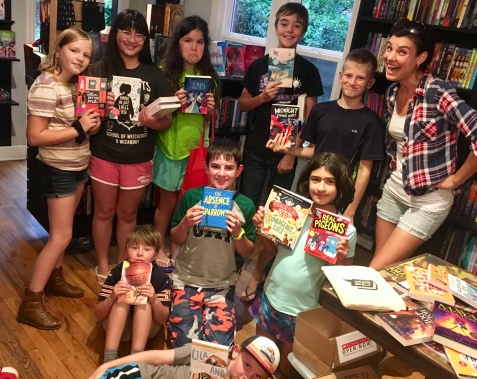 to join, email abbey @bookbardenver.com or ask a bookseller