After our Drag Queen Storytime was targeted by white supremacists this week, we received an outpouring of support and kindness from our community. We also received some negative comments via phone messages, email, social media, and in response to the news reporting of the incidents. We took the time to answer your questions and reply to your comments. We’re including some book recommendations because we are booksellers and Just. Can’t. Help. Ourselves.

Why Drag Queen Storytime in the first place?

We are a community bookstore that responds to the needs of the community. So we’ve tried out a variety of themes:

Fire & Brimstone Storytime: a man dressed as a preacher read stories about how children are born sinners and if they don’t act right they will be cast into a pit of fire for all of eternity, ruled by a demon with a pitchfork. If you have any feelings of creativity or self expression that might be different than those of your parents or than you see other children expressing, just bury those feelings way, deep down so you don’t burn up in the afterlife. So… that didn’t turn out well. Children burst into tears and we received strongly worded letters from parents about how their kids were having nightmares.

Baby Seals Club Storytime: to call attention to the plight of baby seals. Admittedly, the piñatas might have been a little over the top. This event resulted in MORE tears from children and strongly worded letters from mama seals from the Arctic to the Antarctic.

So that’s when we tried Drag Queen Storytime and to everyone’s surprise, it turns out that children actually respond well to rainbows, glitter, dressing up in costumes, and stories about love, kindness, unity, and acceptance. I mean, who knew?  So we did some more of them.

Has there been any negative response from your previous Drag Queen Storytimes?

Nope. Nada. Zilch. We host these events quarterly.  This event was probably our 5th or 6th one, including the one that was featured on the Opposition Show (be sure and watch this clip as it may answer some of your questions in case we don’t hit on some of them here). The only thing that has sparked outrage about Drag Queen Storytime was the one in which we were vandalized by a member of a white supremacist group. Being targeted by nazis somehow sparks anger against drag queens and bookstores. 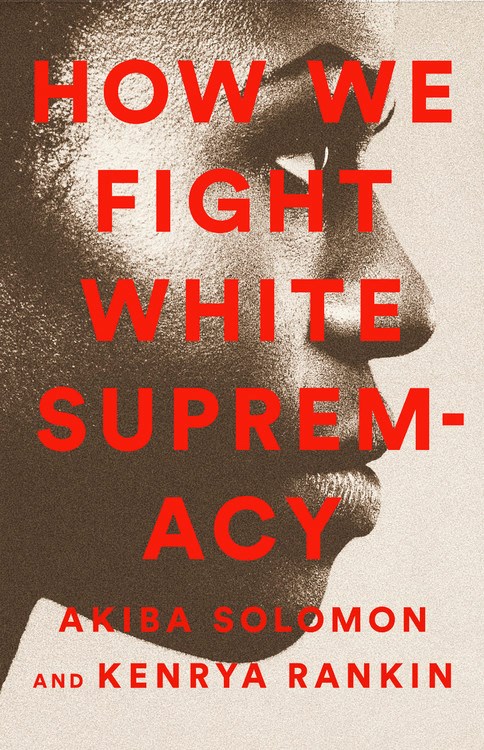 Did BookBar or some antifa group stage this themselves?

Yes. Totally. In fact, we hired Jessie Smollet himself to place the stickers on our door (because we soooo enjoy that sound of scraping stickers off glass with a razor blade) and hired an actor to spray paint our window because the sound we enjoy almost as much as scraping stickers off of glass is the sound of scraping spray paint off of glass. The actor agreed to get arrested, booked, spend a night in jail, use his own money to post bond, have a criminal record and probably be charged with a hate crime. As an independent bookstore we couldn’t think of anything better to do with all that money we make from book sales. Oh, and the police department agreed to play along because they have nothing better to do and have tons of resources for such shenanigans. Fun was had by all. 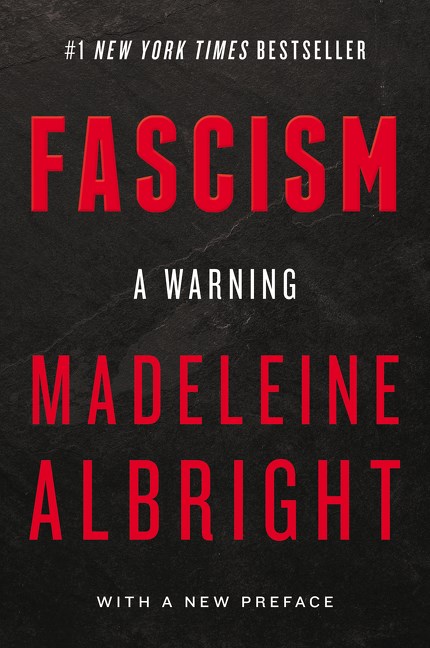 Why are you using innocent children to force an agenda?

Because grown-ups already have fully formed opinions. We recognize that we really have to start when children are young in order to indoctrinate them to a message of unconditional love and acceptance of everyone everywhere. Grown-ups have already decided whether or not they are going to be meanies and poopoo heads (as evidenced by some of the comments we’ve received). We like to teach children how to be nice to others (aka not meanies and poopoo heads). We also like to teach children to read at a young age so they grow up to be readers as adults with empathy and understanding of others. Also, you have probably noticed the significant uptick in little boys walking around Denver in dresses, I’m guessing?  Oh, wait, you haven’t? Hmmm. 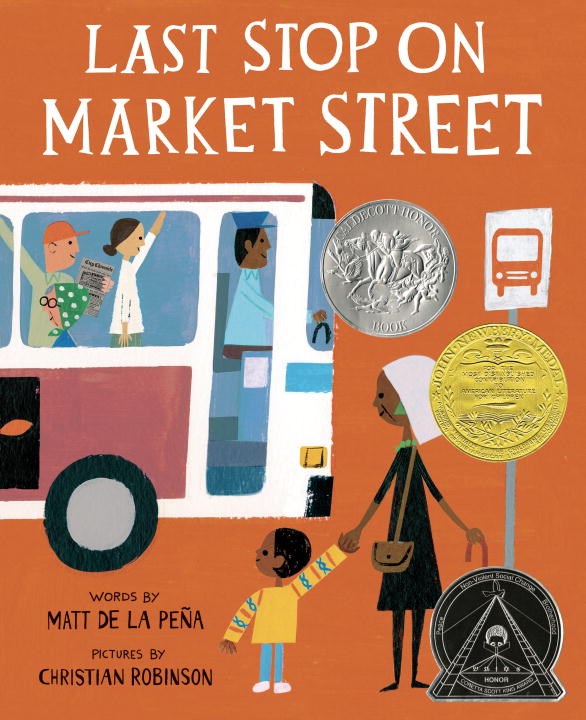 hmmmm…. define ‘young.’ We wait until they are at least 18 months old before we require them to choose a specific gender or sexual preference. I mean, think about it, they can’t even begin to try to sign their names to a contract without their parents’ help until then. Their little hands just aren’t dexterous enough.

Book Recommendation:  It’s Okay the be Different by Todd Parr

I don’t want my tax dollars going to this library

Library does not equal bookstore. They are not the same thing. We sell books and are most certainly not government funded.

Book Recommendation: The Library: A Catalogue of Wonders by Stuart Kells

See above. Drag Queens don’t = pedophiles anymore than bookstores = libraries. Or dogs = cats. Or ice cream = hamburger. Get it? Got it? Good.

Shirley Delta Blow is a man (he) who dresses like a woman and plays a character (she). The reporters for 9News and The Denver Post asked Miss Shirley ‘her’ pronoun preference (as any decent, respectful human does) and went with his/her choice. Simple, right?  You would think, but, to complicate matters Miss Shirley at first asked to be referred to as an alicorn, which is a cross between pegasus and a unicorn. Some believe that they have extra magical powers – even more magical than pegasuses and unicorns alone. There is fierce debate on the subject. Some even insist that alicorns do not exist – they are staunchly either pro-unicorn or pro-pegasus, never-alicorners. We figured we would start with trying to get people over losing their minds about a man wearing a dress before we broach the whole alicorn debate.

If you are still confused, just watch an episode of Baskets with Louie Anderson. Just don’t get hung up on the whole clown sub-plot because I don’t know that we’ll have time to cover that here.

Book Recommendation: It Feels Good to be Yourself: A Book About Gender Identity by Theresa Thorn 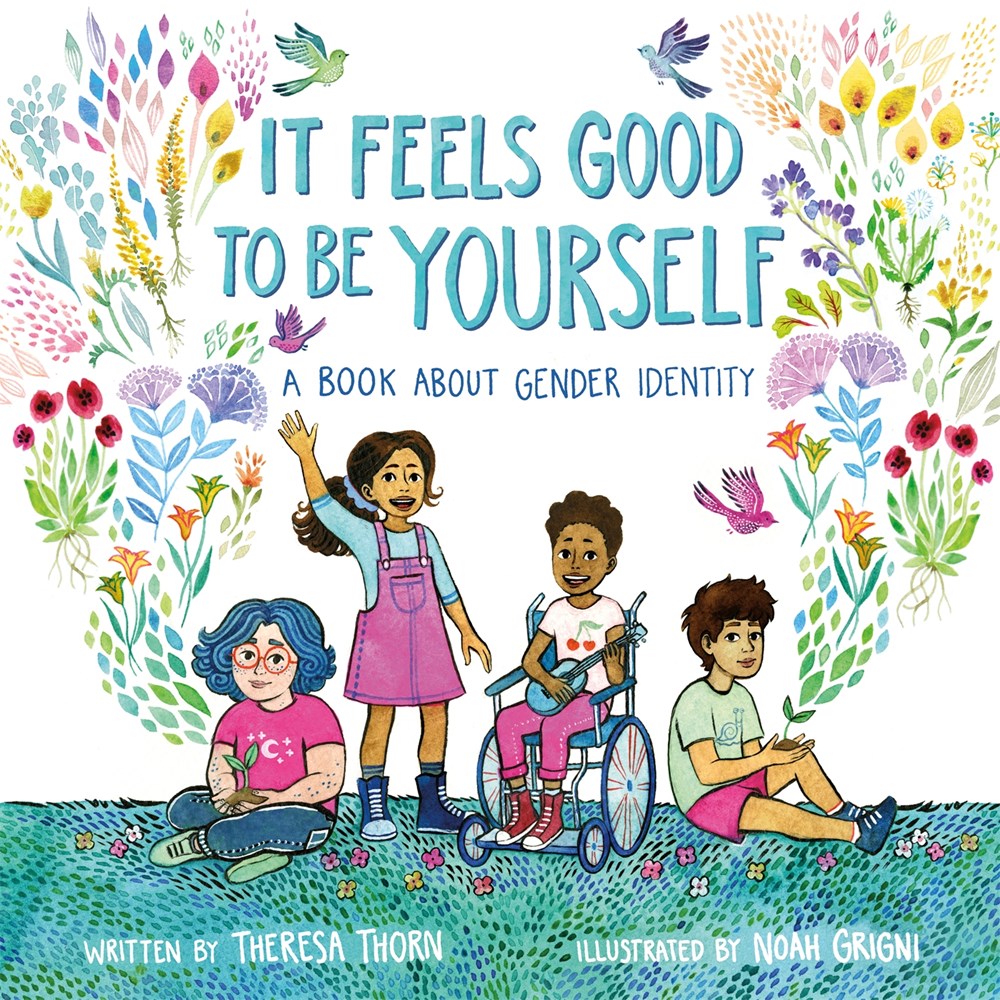 This is child abuse

No. This is child abuse:

Book Recommendation: The Line Becomes a River by Fransisco Cantú

We do not want this shoved down our throats

We hear you. K. How about this. The next time we host a Drag Queen Storytime we will not round everyone up and forceably shove them into the store against their will and make them listen to children’s stories. We are all for compromise and will happily make that concession. 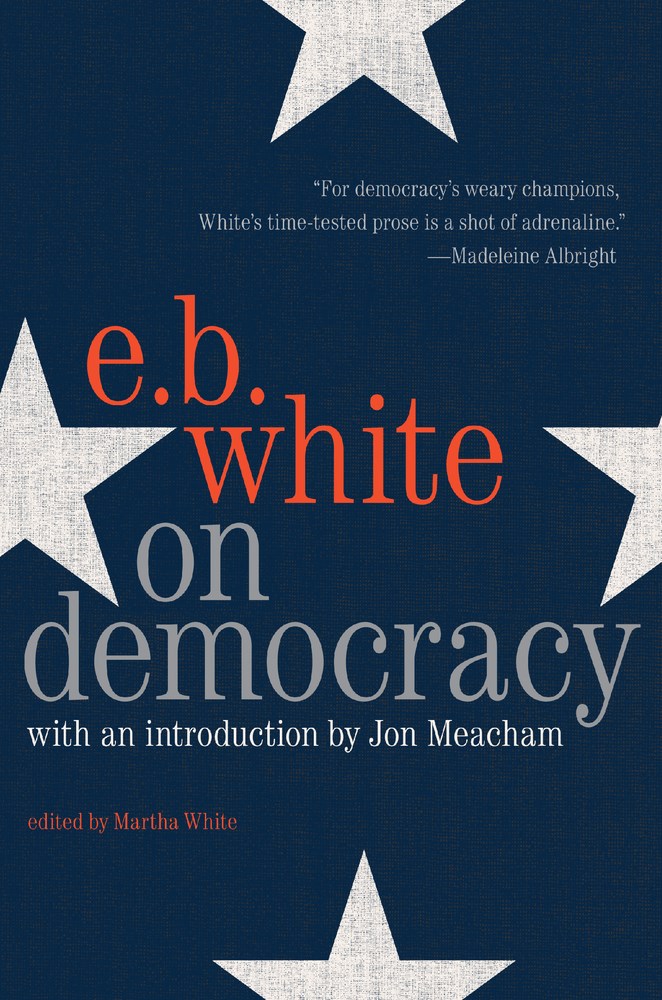 People also enjoy watching dog fights and cock fights but those are not o.k. either

Correct. Dog fights and cock fights are not o.k. Also, next up: Drag Queen Cage Match Storytime! Thank you for this suggestion.

Book Recommendation: Why Religion?: A personal Story by Elaine Pagels

Why not have other members of the community do storytime, like veterans or firefighters?

We do that too. Authors and educators are often guest storytellers. We’ve invited the police in to do storytime but most of their time is allocated to staging anti-white supremacist stunts (see above), firefighters have to leave at a moment’s notice to fight fires (and if you’ve ever parked on Tennyson Street, you’ll know there is barely room for a Toyoto Yaris, much less a firetruck). Also, fun fact! Drag Queens are actually real people (again, not to be confused with alicorns) so they are teachers, veterans, firefighters, police, dentists, marriage counselors, doctors, chefs, lawyers, used car salesmen, architects, cashiers, artists, authors, zookeepers, electrical engineers, policitians, but primarily – entertainers. 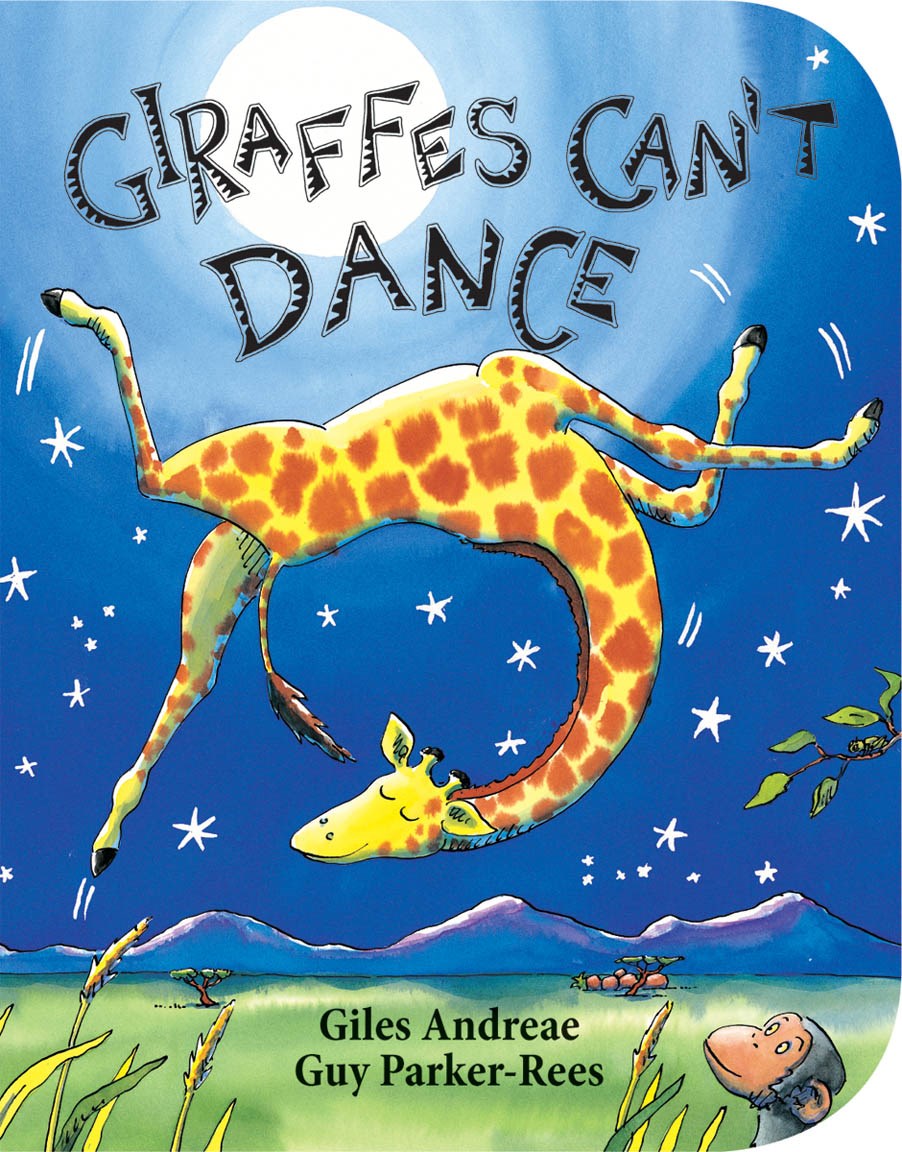 This is the devil’s work

Funny story about that. When the devil first brought in his resume we were dubious but, being an equal opportunity employer, we figured we’d give him a chance. Turns out, he has some really great event ideas and is surprisingly very well read. He’s also super good at doing dishes and, less surprisingly, can start up the firepit without needing a lighter, which is handy on a busy night. We’re working through some tardy issues but he is pretty efficient and a quick learner.

We think that what you are doing is disgusting

Cool. Cool.  We live in a democracy and you have a voice. You used it. Good for you. Now, can we interest you in an enjoyable beach read? 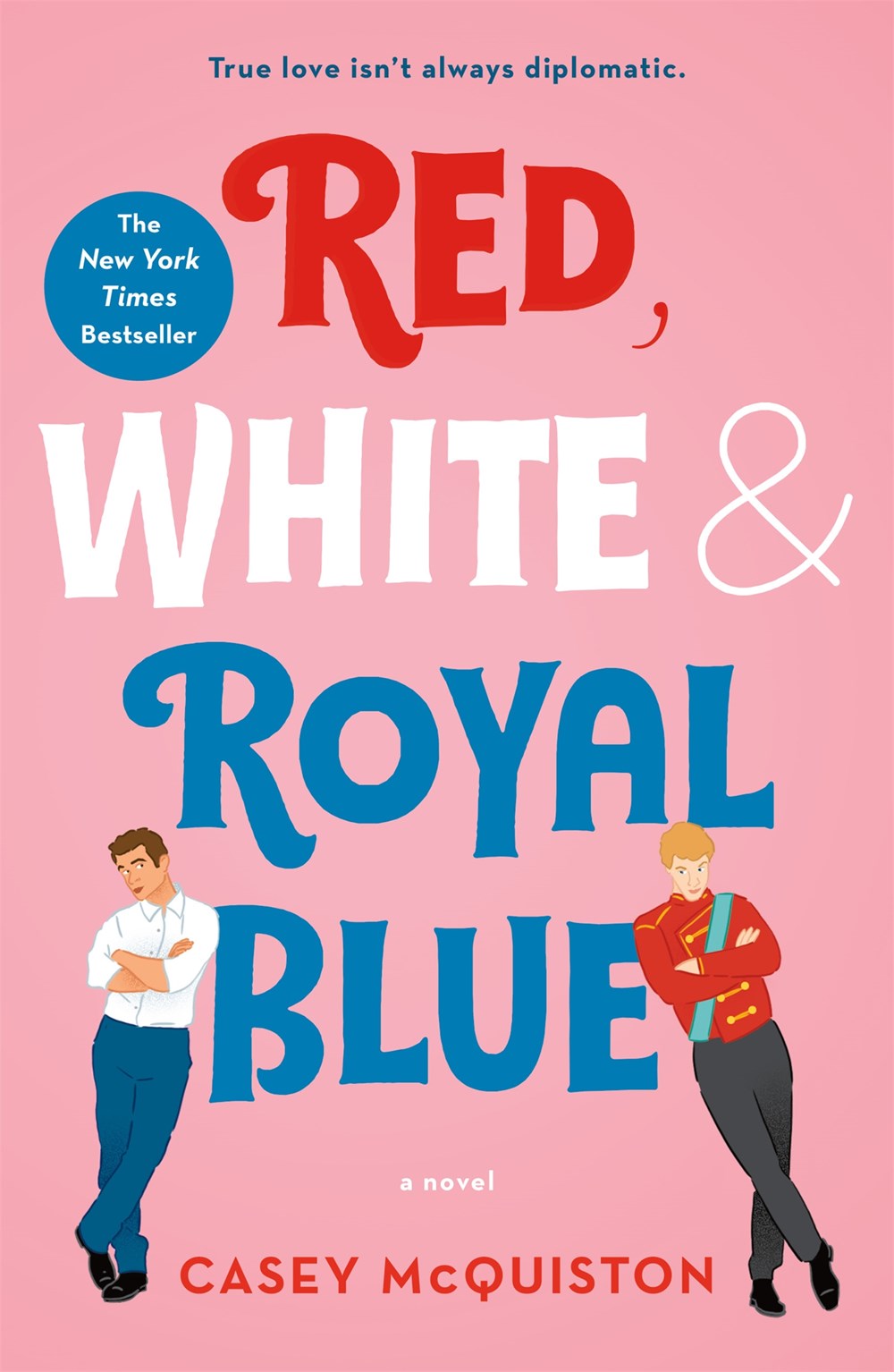