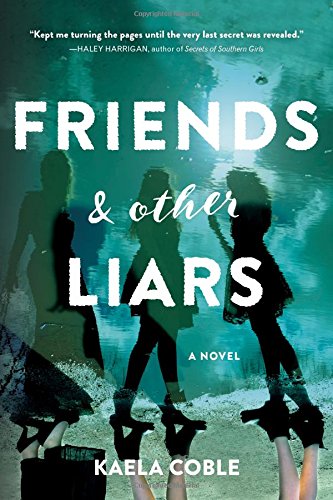 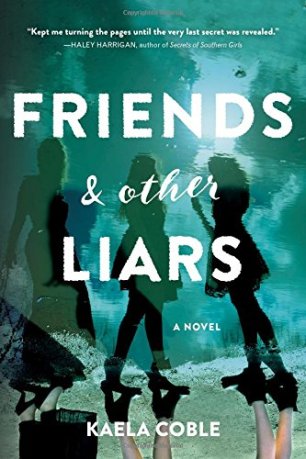 Title: Friends and Other Liars
Author: Kaela Coble
Publisher: Sourcebooks
Release Date: February, 2018
This is a story about a group of friends and they call themselves ‘The crew’. Ruby, Ally, Murphy, Emmett, Danny. They’re all grown up now but back in school they were the best of friends. Ruby was the only one who left the small town they lived in and has cut her friends out of her life. But Danny’s suicide is not only a catalyst to get Ruby to go back home, he has decided to seek some hard truths and bring the secrets from dark to back out into the light! The story is delivered in present and in past. There is the NOW that brings the crew together again under tragic circumstances for Danny’s funeral. And then there is the THEN which serves a purpose to unravel all sorts of juicy details from the past.

All of these characters cover the spectrum of personalities. The dynamics in between them is as much heartwarming and hilarious, as it is heartbreaking, frustrating and most importantly- used as a bag of goodies where clues and bombshells hide. Even though there is a whole 10 years in between the ‘then’ and ‘now’ chapters from 2-3 POVs, not only did I get character development, I also got moments when I felt betrayed or extremely happy. But that is the thing with relationships… They’re messy and never straightforward. There are also so many what ifs. Even though the book isn’t revolved around solving a murder, there are so many twists, turns, and secrets that it almost feels like a murder mystery novel.

It is rather chilling to create such dramatic relationship drama around a suicide. Things get even darker with some of the themes in the book; drugs, abuse, murder. But other than that, I think the point of this book is to show how no one is perfect; about how one decision flicks over one domino piece which flips the whole set to its side; about how everyone will always have a secret.
This book is a work of art and I would give it a 9 out of 10. It is a must read for all book lovers! Especially those who love a good mystery.