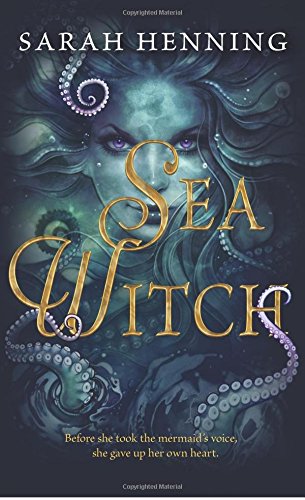 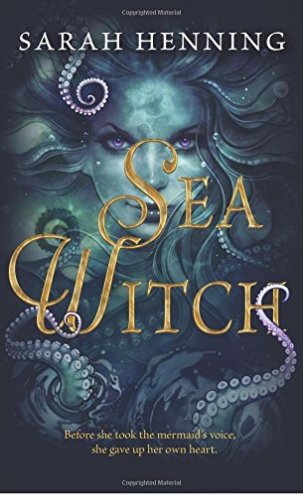 Ever since her best friend, Anna, drowned, Evie has been an outcast in her small fishing town. A freak. A curse. A witch. When Annemette, a girl with an uncanny resemblance to Anna, appears offshore, Evie is convinced that her best friend actually survived, despite the girl’s denial. However, Evie is convinced that perhaps her own magic wasn’t so powerless after all.  As the two girls catch the eyes—and hearts—of two charming princes, Evie believes that she might finally have a chance at her own happily ever after. But her new friend has secrets of her own. She can’t stay in the kingdom or on two legs unless Evie finds a way to help her. Now Evie will do anything to save her friend’s humanity, along with her prince’s heart—harnessing the power of her magic, her ocean, and her love until she discovers, too late, the truth of her bargain.

The magic in this novel really intrigued me. Because Evie, the main character, is a witch, she has unique powers that other characters in the novel don’t have. Evie is able to harness her magic through special stones as well as her sheer sense of will, which was interesting to read about. My favorite character was Evie’s wise and mysterious aunt, Tante Hansa. Her vast knowledge and dark sense of humor was a rather nice addition to the story. I only wish that she could have been featured more in the novel, and I would have loved to read about her backstory. The battle at the end of the book was absolutely EPIC, and I was (figuratively) on the edge of my seat trying to determine who would come out of the battle unscathed. Even though I was able to guess Annemette’s darker motives, it was still shocking to see the twist in her character.

Despite the interesting magic system, I didn’t particularly like the beginning of this book. The story was rather slow from the start, with a lot of focus on the daily lives of Evie and Princes Nik and Iker. I didn’t like Evie’s relationship with Prince Iker at all, and it was initially difficult for me to get into the flow of the story and enjoy it. I found Evie, the main character naive for helping a mermaid who washed up onshore looking like her dead best friend. Evie never really questioned Annemette’s motives until it was too late. In general, I didn’t like Annemette at all, and never trusted her from the start. I found the book uninteresting until we began to get the chapters from the little mermaid’s point of view.

Overall, Sea Witch is an atmospheric tale of the origin of the sea’s most iconic villainess. Exploring the boundaries of friendship, loyalty, and love, this novel is intriguing, and an exciting battle at the end of the book offers a fascinating explanation of how Ursula came to be. I would recommend this book to young adult readers who love fairy-tale retellings, mermaids, and fantasy. I would recommend it to fans of Rosamund Hodge and Mindy McGinnis. I give this book a 5 out of 10 stars.