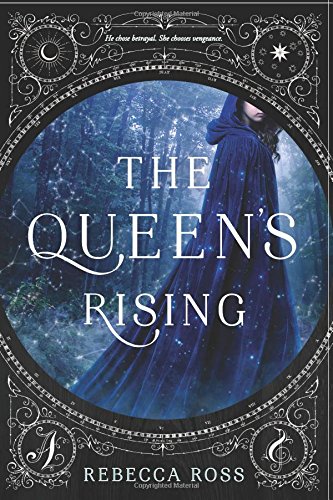 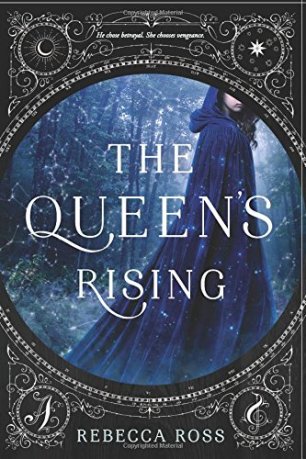 When Brienna’s seventeenth summer solstice arrives, the only things she desires are to master her passion and to be chosen by a formidable patron. Growing up in the southern Kingdom of Valenia at the exquisite and renowned Magnalia house should have prepared her for the solstice–the moment her life is expected to change. While some are born with a talent for one of the five passions–art, knowledge, dramatics, wit, and music–Brienna struggled to find hers until she belatedly chose knowledge. On the solstice, Brienna is not chosen by a seasoned patron but is instead forced to go become the assistant to another patron–this one a disgraced Maevan lord who involves Brienna in his plans of vengeance to dethrone the cruel Maevan king, Lannon. Along the way, she discovers a shocking secret and is forced to choose between blood and passion.

The writing in this book was exquisitely crafted. Each sentence, each paragraph felt gloriously and meticulously written just for this book. The writing style just made this novel really interesting to read. I also really liked the concept of the five passions–art, knowledge, dramatics, wit, and music–and I really liked the characterization of Brienna’s arden (passion) sisters an how supportive they were of one another as well as dedicated to their passion. I really LOVED that the author, Rebecca Ross included a map as well as several family trees, and a cast of characters in the beginning of her book. This definitely helped me to keep track of all the characters. I also felt that the plot came to a satisfying conclusion and I loved how much detail Ross put into the creation of the different lands and customs in her novel.

However, what I wanted was a little more romance between Brienna and her passion teacher. Her teacher, Cartier, was really well characterized and played an important role in the story, however, I wanted more friction in their relationship in order to heighten their romance, which honestly took more of a backseat in the book. I also wanted more action or deception/treachery to occur in the middle of the book, where the pace considerably slowed. The beginning and end of the book were really engaging and exciting, but the middle got to be a little bit boring sometimes.

The Queen’s Rising is definitely an exciting fantasy read perfect for young adult readers and those who are fans of high fantasy, epic battles, and relationships between fathers and their daughters, which surprisingly came up in this book. I would certainly recommend this book to fans of Kristin Cashore’s Graceling Trilogy, Heather Fawcett’s Even the Darkest Stars, and Lesley Livingston’s The Valiant. I give this book a 7.5 out of 10 stars.

The Queen’s Rising is a beautifully written and imaginative Y.A. fantasy written by Rebecca Ross. The story begins with Brienna being taken as a child to the Magnalia House where students are raised in one of five passions – art, drama, music, wit, or knowledge. Usually only one child is chosen for each passion, but Brienna is accepted as a second and the reason is hinted at her parentage. Brienna doesn’t know who her father is, a mystery from the land of Maevana that might be the key to her learning who she should become. She struggles to find which passion to pursue and innately seems to understand that she was never chosen on the basis of her talents, but more on who her unknown father is.

The kingdom of Valenia where Brienna is raised feels very much like a refined Renaissance France. Maevana has a more Scottish feel – a land that seems more violent. Maevana was once ruled by queens, until the Queen’s magic was stolen and hidden away and the throne given to a dynasty of men who are both cruel and unwanted and yet unchallenged as the items needed to do so are lost to hundreds of years of history.

Brienna stumbles on a gift of hers that will throw her into the struggle to put a queen on the throne. As mysteries unravel, she finds herself having to choose between the father she always wanted and the one who was chosen for her. She will also have to choose between helping a queen rise to the throne or another entirely unexpected destiny that opens itself to her with an unexpected revelation.

I love the relationships in this book – from the tension between Brienna and her master to those between the passion sisters. I also loved the unexpected revelations that unraveled throughout the story. There is no love triangle, which depending on the person can be a good or bad thing. The love that develops in the story is very slow burning. The characters involved obviously have feelings for one another but circumstances make it so they can’t be expressed, and the tension builds.

Overall, The Queen’s Rising was an enjoyable fairy-tale type fantasy story. I appreciate that the book didn’t have a cliff hanger ending like so many other books. The ending was totally satisfying, and while I would love to revisit these characters again, all of the plot threads were tied up and ended in such a way that left me feeling quite content instead of frustrated at the lack of answers. The Rebecca didn’t drag the story on unnecessarily to sell more books. I appreciate that. A great debut book that definitely deserves a 9/10! I really look forward to more of Rebecca Ross’s books and her beautiful writing style,!