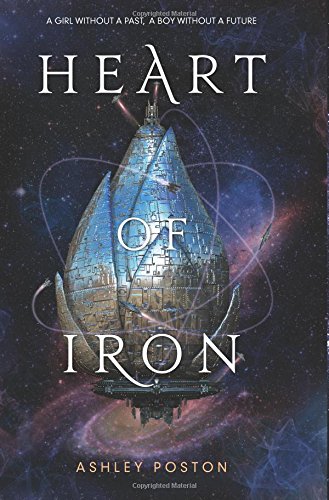 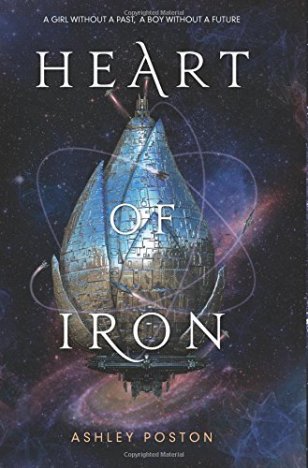 Seventeen-year old Ana, found drifting as a child through space with a sentient android named D09, was saved a fearsome space captain and the ragtag crew that she calls family. Ana, who has no memory of her past, has grown close to the crew and D09. However, the android whom she regards as a friend, and is also one of the last illegal Metals, has been glitching, and Ana will stop at nothing to find a way to repair him before he shuts down forever. Ana’s desperate attempts to save D09 leads her on a fierce adventure to steal the coordinates that lead to the Tsarina, a lost ship that could hold all the answers. However, Ana isn’t the only one who needs the coordinates, and just when she is about to solidify possession of them, a spoiled, high-society Ironblood beats Ana to her prize. When things don’t go as planned, Ana and the Ironblood boy end up as fugitives of the Iron Kingdom, with not everyone wanting them captured alive. When a darkness from Ana’s past surfaces, she faces an impossible choice of whether to protect a kingdom that wants her dead or to save the Metal boy that she loves.

This book was an exciting, fast-paced read! A combination of the story of Anastasia and with Star Wars elements, there was never a dull moment in this novel and there were so many twists and turns in the plot that I never saw coming. The characters in this book were beautifully written and developed. I loved how the author, Ashley Poston took time to carefully describe the band of space pirates and their menacing captain. Each crew member had a distinct personality. Fantastic characterization was not just limited to the crew, though. The development of Do9 as both robotic and human and Ana, a fierce and quite capable young woman, as well as Robb, the dedicated and cunning Ironblood that Ana meets, made the entire story sparkle and come alive. I also LOVED the diversity of characters (with more people of color) and LGBTQ+ representation in this novel. The use of a futuristic world in this book made for an excellent platform to discuss such topics. The romance in this novel was heartrending and sweet, but it took more of a backseat with all the action and story development, which actually worked for this book. The nature of artificial intelligence and the consequences of granting machines consciousnesses also came up in this novel, which made for a thrilling twist to the classic Anastasia tale.

The ending of this book obviously makes it clear that another book will follow, which made me frustrated since after I finished this book, I immediately wanted to read the nonexistent second book. I noticed some spelling and grammatical errors littered throughout this book, which did prove to be irritating at times. However, I know that since this is an uncorrected proof, hopefully, such errors will be smoothed out by the time the book is actually published in February. I also would have liked to have more world-building in this novel. This book presented many different “races” that were found in the kingdom and I would have loved to see explained more or showcased. The world building also took a backseat to the intense action, but I would have loved to learn more about the Solani and Cercian races that Poston created in her novel.

To conclude, Heart of Iron, was a thrilling, action-packed novel enhanced with undeniable love and loyalty. Fast-paced, with constant twists and turns, this book highlights the importance of the bonds in friendship and family, as well as the importance of being strong and bold in the face of adversity. This science fiction novel would captivate those who love robots, royalty, romance born out of intense and adventurous situations, fast-paced action, and all things to do with artificial intelligence. I would recommend this book to older young-adult readers, and to those who are fans of Sara Raasch’s Snow Like Ashes Series and S. J. Kincaid’s Diabolic Series. I give this book a 9.5 out of 10.