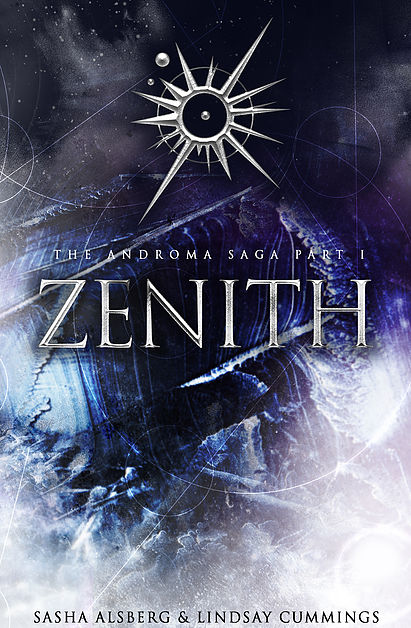 Androma Racella, best known throughout the Mirabel Galaxy as the Bloody Baroness, is a fierce and powerful mercenary who captains the glass starship, the Marauder, and is the leader of her equally deadly all-girl crew. However, when a routine mission goes wrong, the Marauder’s crew is heavily tested as they find themselves in a dangerous situation involving the reappearance of a vicious bounty hunter from Androma’s past. Meanwhile, light years across the galaxy, Queen Nor, a ruthless ruler lies in wait on her planet Xen Pterra, biding her time to exact revenge for the destruction of her people and her ravaged planet. The pieces of her plan are just about to fall into place, unleashing an unseen destruction, threatening to tear apart the Mirabel Galaxy. Androma and her crew set out on a dangerous mission involving the confrontation previously buried lies and secrets which not only will test the crew members, but determine the fate of the galaxy itself.

This book was action packed and intense! The Marauder’s all-girl crew was unique and well characterized. This novel, as a dazzling space opera,  also had elements that reminded me of Star Wars, so it will certainly appeal to those who love starships and traveling to different planets. What was really well done in this book, was the world building. The Mirabel Galaxy is made up of 4 different systems, each with their own capital planets, as well as additional planets and moons. Because there were so many different planets and cities described in the novel, there were times when the world building and the multitude of description seemed a little overwhelming, however, the main planets addressed in the story were well described. I also liked how there were different races and different kinds of people described in order to suit the planets from which they came from–for example, one of the crew members has blue skin and scales that light up to show her different emotions. I also loved the multiple perspectives in this book; I felt they added to the pace of the novel, especially with the plot twist at the very end.

I thought that the changing points of view in the book, while adding to the tension and action in the novel, sometimes made the story a little overwhelming. Overall, the point of view didn’t really mar the flow of the story, but maybe 2 or 3 points of view could have been used instead of 4. Even though I liked the writing style of this novel, I felt that the second half of the book was more polished in terms of the writing style and sensory details than the first half. Also, I wish that there could have been a little more action in the middle of the book. The plot was great and well thought out, but I felt that the middle was simply waiting for the action to really pick up near the end.

Overall, Zenith was an action-packed and beautifully written science-fiction adventure. I would certainly recommend it to those who love weapons, spaceships, space, stars, Star Wars/Guardians of the Galaxy, strong female protagonists, and a dash of romance, then this book is certainly for you. I would recommend it to older Young Adult readers and those who are fans of Marie Lu, Beth Revis, Romina Russell, an even S.J. Kincaid’s works.