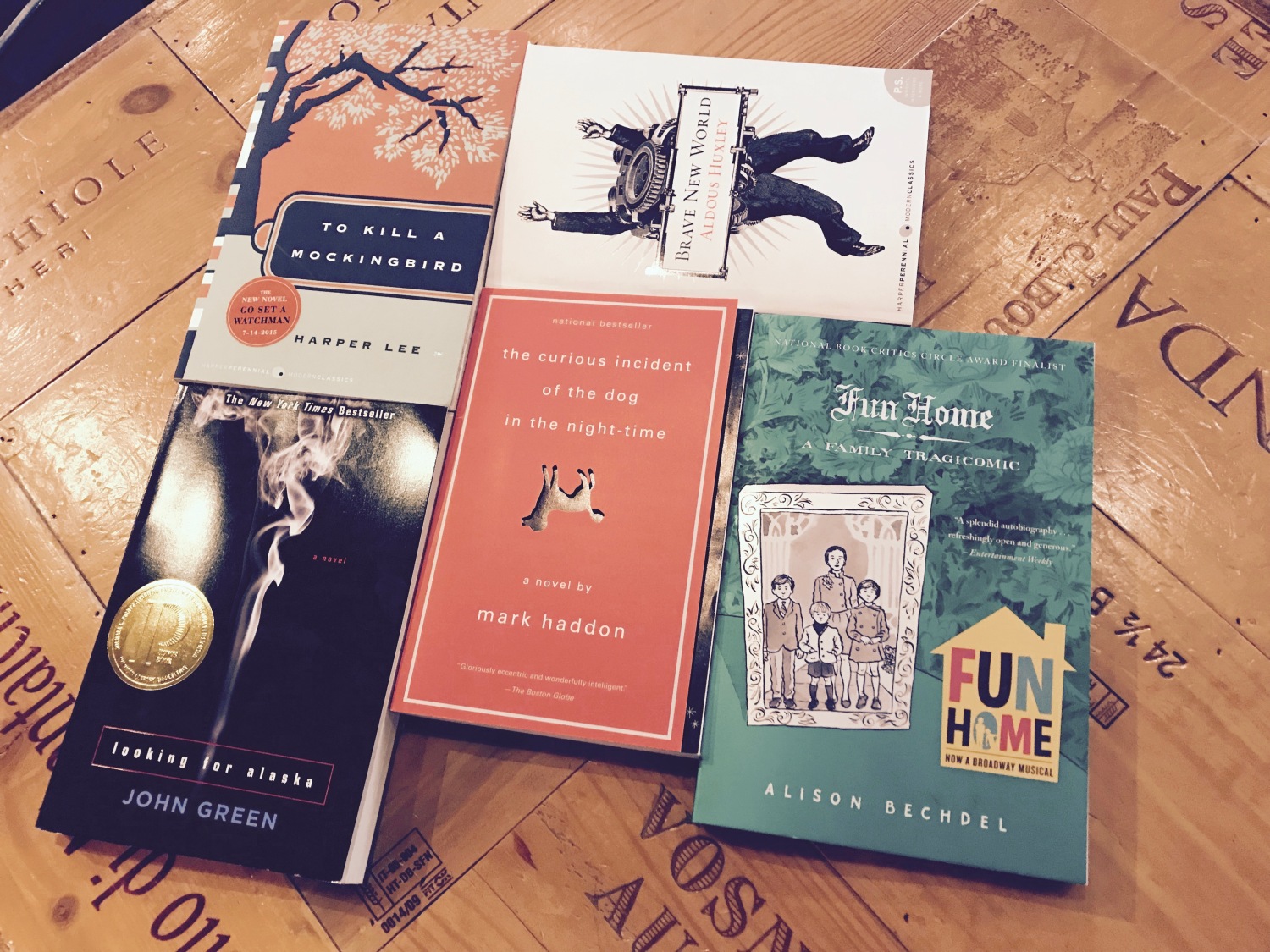 There’s an awful lot of documentation on the history of banned books on the internet. Enough in fact, that one might insinuate talking about banned books is a lot more popular than actually banning books. I’ve learned over time however, that the concept of modern ‘book banning’ is a little bit different than the practice of it. I always, and I think many others as well, envisioned it as something a little more dramatic than how it actually occurs today. Sadly, we don’t get good ole’ fashioned mass book burnings these days. How dull.

No, I’d say I didn’t properly understand it until it happened, and somewhat innocuously, at my old high school when a parent raised issue with a book on the summer reading list. To be clear, no book was banned, only removed from being part of the summer reading list, but it set a precedent that caused quite an uproar in the community. The book in question, The Curious Incident of the Dog in the Night-time is one of the most targeted modern books for censorship according to The American Library Association, who say the book was the fifth most challenged (not necessarily banned) book of 2015.

The statement this parent gives is seemingly hinged upon her assertion that it is her parental responsibility to make sure her daughter knows what is right or wrong, and implicit in this, is that the she cannot count on the school to teach what is “right or wrong”. And that is often the case with book challenges–not that someone necessarily wants them outright banned, but that they don’t trust the school to glean the proper lesson or moral from a book. This is ironic, given that the story is about a boy on the spectrum, and getting hung up on curse words in this story is not dissimilar to, say, complaining about the dearth of spinal columns in Picasso’s La Guernica. One might suggest that silencing a work for something so inconsequential is akin to shutting a door to new knowledge and enlightenment, not only for the one child of the parent, but all students who would have read that book as well, bad language or no. This example demonstrates what ‘book banning’ looks like so often today–a defense against an assault on one’s sensibilities.

Looking back at the ALA’s list of banned books reveals some plainly identifiable trends on what is usually targeted: bad words, sex, homosexuality, ‘religious viewpoint’, and most subjectively, ‘unsuited for age group’. As nuanced as all these issues are, they all more or less fall under the umbrella of “unsuited for age group” because by and large, book challenges today, as evidenced by my aforementioned example, are about dictating what people’s children are reading. At least in America, we’re not looking at governments banning dangerous thought, but rather parents or groups protecting the values they seek to instill in their children. Sometimes it’s curse words, sometimes it’s profuse use of the n-word as in Huckleberry Finn, other times it’s because of an uncomfortably honest depiction of life, as is the case with Toni Morrison’s Beloved which does not shy away from the brutality of a slave’s life. These books, and indeed most challenged books have a proclivity for holding up a mirror to ourselves and the world around us, warts and all–most specifically the warts. Mirrors show everything as they are; if there’s a person saying “shit” in front of the mirror, then it stands to reason they’ll be present in the mirror as well, no?

In my homegrown example, the Principal landed on the side of the challenge, with the reasoning of letting parents parent. To me, this is a meaningful argument, and I think can help us understand the difficult situation schools, teachers, and parents find themselves in on this subject. I may not agree with it, but I can understand the woman who wants her child educated well as she can be, but is then faced with a moral repugnancy by which she cannot abide. And this forces schools to be constantly considering where their line in the sand is and what’s worth going to war over, while also being bluntly reminded of the responsibility they bear in fostering young minds in a positive direction. There has to be a middle-ground wherein schools are not the only ones responsible for a child’s education. One where culture and values intersect–where parents acknowledge that the mirror and what it tells us is honest and worthwhile, where parents are more engaged with their child’s education, and not simply letting the school do all the work.

Book banning and the overwhelmingly successful efforts to resist it, are ultimately a culture war. It’s a never-ending debate over what ideas our youth are capable of ingesting and digesting with maturity and grace, and the access they have to said ideas. It’s a fight over which truths are self-evident in our culture–whether or not the LGBTQ community should be normalized, or if we want to acknowledge that teens not only know about but in fact even have sex, or if teens are ready to be exposed to the stark horror of slavery, or if religious texts should be freely accessible in schools. Here’s to the victors being the ones who allow everyone a voice, and let them be heard.