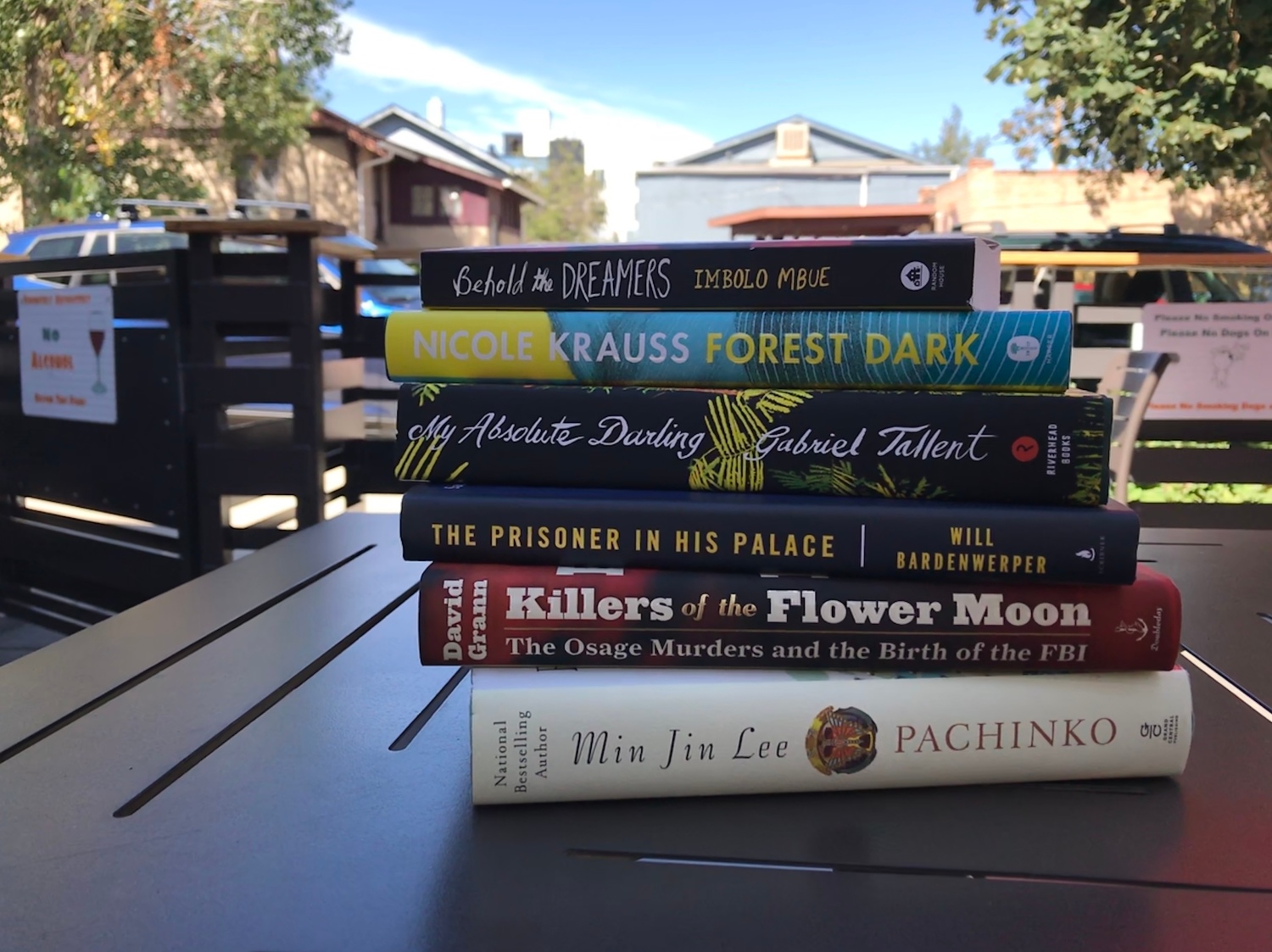 Let’s just get one thing out of the way real quick–we’re not about to make a list blog, and only titled it as such to get clicks. We’d like to pretend that a person with an interest in a book-related blog might be a more savvy reader than the average list reader. No? Well too bad, there’s an ethical and moral standard we strive to meet around here, and while that standard may be shockingly low, you’ll find below this standard one specific thing we can’t abide: writing list blogs.

Anyhow, here it is: some reasons why you should have your book club at BookBar, painstakingly organized to not resemble a list despite it definitely being a list.

Here’s one–you’re lazy. There’s nothing wrong with that; we’re lazy too. Let’s be real–no one wants to host a book club at their house. No one wants a bunch of people mucking up their space, no wants to drive all the way out to Sue’s house. You can nearly see Alberta from Sue’s house. Why did you pick Sue’s house again? Why didn’t you just offer up your house? Oh right, you don’t want to clean up after or gently kick people out when you’re ready for them to leave. You don’t want to have to remember to get a bottle of wine, or make a casserole. Isn’t it enough that you read the book? Or at least the first 75 pages? Why are you going to this again? I thought book clubs were supposed to be fun and relaxing?

Okay there’s a lot to unpack here so bear with me as I parse through why BookBar might be worth your time:

Wow I really wasn’t expecting to get that much out of one paragraph–I think we can all agree that’s enough to sway even the most stubborn person. Maybe there’s more though, so let’s keep exploring.

If there’s one thing being in a bookstore can do, it’s encourage you to possibly increase the infinitesimally minute, microscopic chance that you will actually talk about the book with your club. 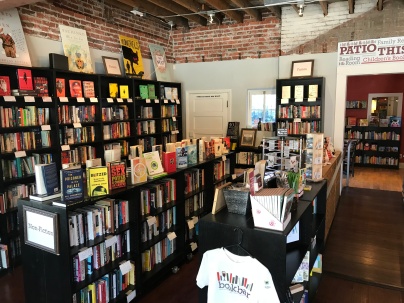 Look at all those books though.

You’ll feel pressured by the very atmosphere to at least pretend you read the book and your club might for a fleeting moment, resemble a real book club. We bet there are studies somewhere that have shown that being around books increases the odds of a person or persons talking about books so you know BookBar will put you on the right track. Listen, we’re not faulting anyone for not reading and/or talking about their book club book. We’re all busy, sometimes the book sucks, and spending time with friends is, many would suggest, the most valuable part of a book club, but most people wouldn’t mind talking about the book a little more–even if you did hate it. What’s more fun than critiquing someone who’s likely dramatically smarter, more complex, and flat-out more interesting than you?

Critiquing someone who’s likely dramatically smarter, more complex, and flat-out more interesting than you while drinking. We have wine. And beer. 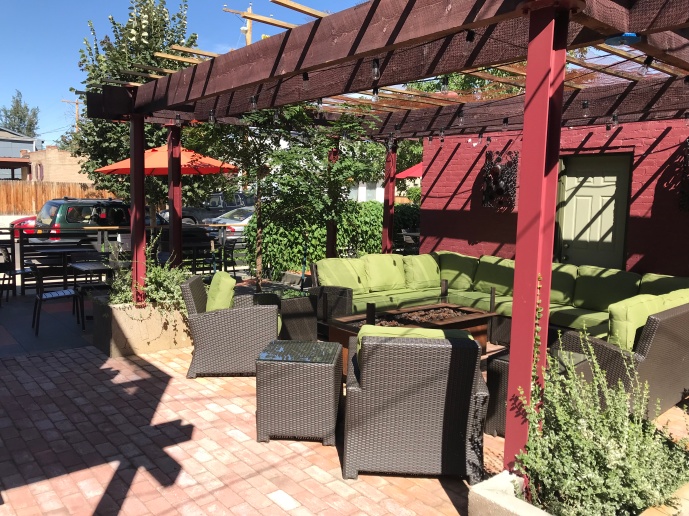 I swear I had to ask everyone to clear out of the patio for this shot.

Get a load of that patio though, right? The reality is, patios are IN. They’re cool and sexy, and thanks to our patio, so are we. The only thing in Denver that’s more hip than patios is breweries, but don’t worry, there are already two of those within 4 blocks of us. Let’s get down to brass tacks–not only do you feel cool sitting on a swanky patio, you look cool too. Bonus cool if you’re filtering rays through your aviators. In fact, if a whole book club came in wearing aviators on the patio, we might be inclined to work out a special deal on booze and food. Double bonus cool if it’s nighttime and you still do it. You might think your book club is cool already, but it doesn’t really count unless you’re superficially cool–think “cover of Vanity Fair”. Now imagine your book club on the cover of Vanity Fair. Now imagine Jennifer Lawrence with your book club on the cover of Vanity Fair. That’s how cool your book club looks on our patio.

Maybe you just don’t want to organize your own book club at all and are looking to just drop in on someone else’s? It just so happens BookBar has it’s very own monthly book club for you. This club is open to any and everyone, and all information can be found on our website. We can’t promise the book will be up your alley, but it never hurts to broaden those horizons. Except for when it does.

Most importantly though, you get to feel smug and sophisticated at BookBar because it’s is such a classy joint frequented and staffed by only the most interesting and intellectual people. Tell your friends.